It was originally built for the 1946 movie ‘So Goes My Love’ where it was originally built on a soundstage. It was moved to Colonial Street in 1950, and then moved again to the new Colonial Street in 1981. The house is best remembered for featuring in ‘Harvey’ with James Stewart (1950) as no.348, the Dowd house.
The Colonial Mansion which used to stand at the end of Circle Drive featured in this movie as the Sanitorium.

In common with it’s neighbour the Kellar house, this house also featured in the short-lived Animal House spin-off ‘Delta House’, as the 4th photo below (from 1978) illustrates.

The house was also seen in ‘The Ghost and Mr Chicken’ (1966). This house has many elements in common with the “Psycho” house, as they were both built from the same “stock” units. 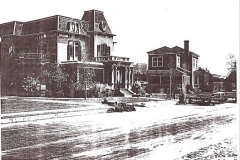 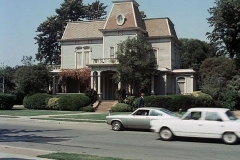 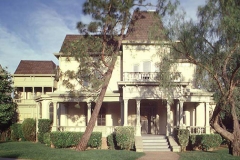 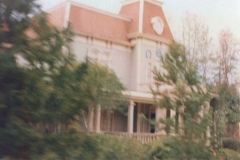 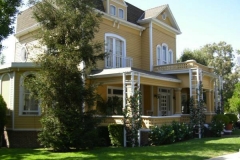 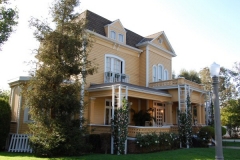 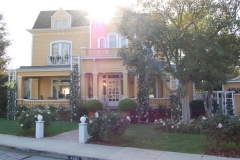