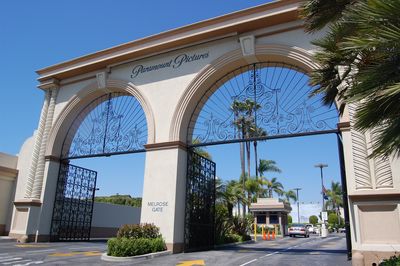 Welcome to Paramount Studios, the only major motion picture studio in Hollywood, the oldest studio still in operation, which covers 65 acres of prime real estate.

The Paramount VIP Studio Tour is a serious option for genuine movie fans, with a hugely atmospheric walking/tram tour with a maximum of 8 guests; this feels like a VIP tour without the high costs. Depending on production, you may visit a working soundstage (and even talk to the crew), see a historic screening theater, see where Lucille Ball was interviewed by the press, Fred Astaire & Ginger Rogers’ rehearsal room, a great New York Street set as well as the usual soundstage exteriors.

Beginning as Robert Brunton Studios and Robertson-Cole Studios in the 1920s, the site now occupied by Paramount Studios has also accommodated RKO and Desilu Studios. There’s a fantastic amount of history on the site.