An article published in April 2013 in Variety confirmed the rumours that the footprint of the Amphitheatre would be needed for the Wizarding World of Harry Potter expansion of the theme park.
The venue closed on Labour Day in September 2013, and by November, all traces of the structure had gone. 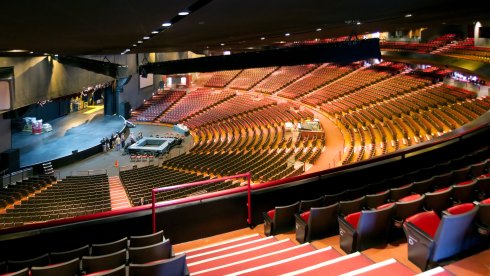 Interior of the Amphitheatre in 2012 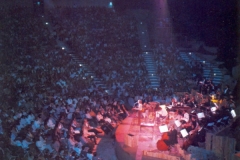 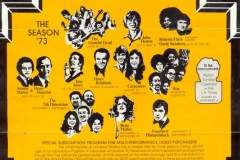 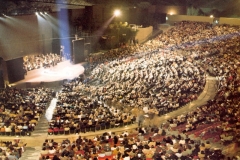 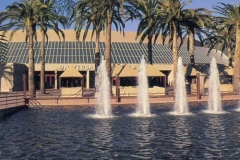 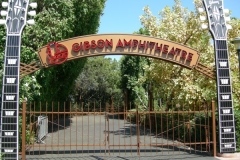 History of the Amphitheatre:

FROM “Inside Universal Studios”, 1979
“The stars come out at night. The Universal Amphitheatre
On almost any summer evening the 5,300 seats of the Universal Amphitheatre are filled. It’s the showcase for the finest popular talent in the world. Opened in 1972 with “Jesus Christ Superstar”, it has been Los Angeles most popular outdoor concert facility presenting such superstars as The Blues Brothers, Cher, John Denver, Bob Dylan, Elton John, Steve Martin, Liza Minelli, Dolly Parton, Linda Ronstadt, Diana Ross, Boz Scaggs, Frank Sinatra, Donna Summer and Robin Williams.”

The Amphitheatre opened in 1971 as an outdoor daytime arena for the tour Stunt Show. As the venue was idle after sundown, a young tour employee apparently suggested holding rock concerts in the arena after the stuntmen had gone home.

The first music performance was the Los Angeles premiere of “Jesus Christ Superstar” on June 28, 1972. The new Amphitheatre’s musical events proved instantly attractive and soon the Universal Amphitheatre became the favorite showcase of the world’s leading concert performers.
Expanded to 5,200 seats in 1973, the Amphitheatre was regularly filled to 98% capacity.

The Amphitheatre closed in 1980 for refurbishment (including the addition of a roof, and expansion to 6,251 seats) and reopened in the summer of 1982 for year-round indoor entertainment.

Until it closed in 2013, the Amphitheatre was known as “The Gibson Amphitheatre at Universal Citywalk” after Universal, Gibson Guitar and House of Blues entered into a partnership in April 2005. 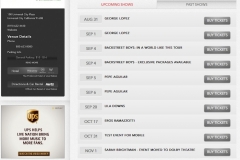 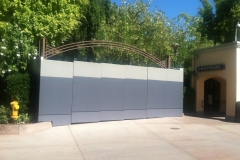 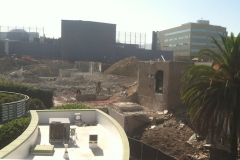 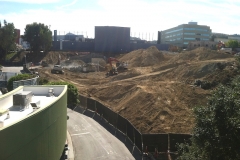