In reverse chronological order. Scroll down to see the earliest announcements to launch the Wizarding World.

Unprecedented demand for tickets for the opening day meant that they sold out completely two days in advance.
Some guests started queueing the afternoon before the opening day.

Rehearsals have been continuing intermittently during the weeks following, enabling some lucky guests to get a preview of the World. 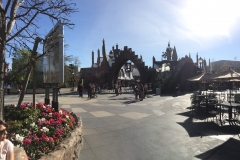 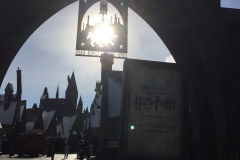 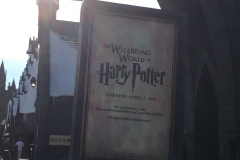 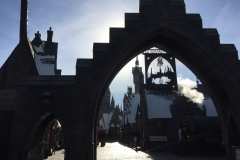 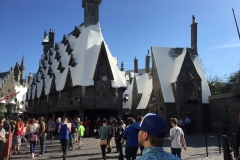 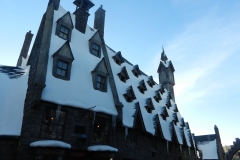 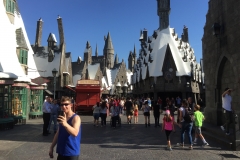 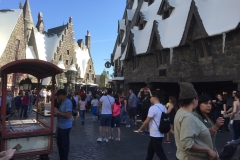 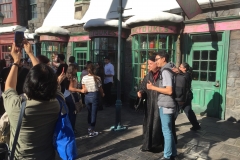 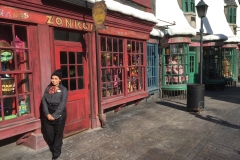 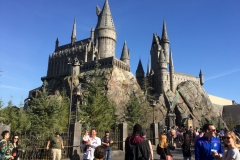 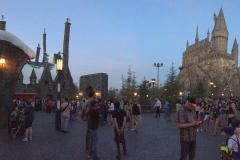 The Spring 2016 opening was announced in June 2015 at the IPW trade show in Orlando. 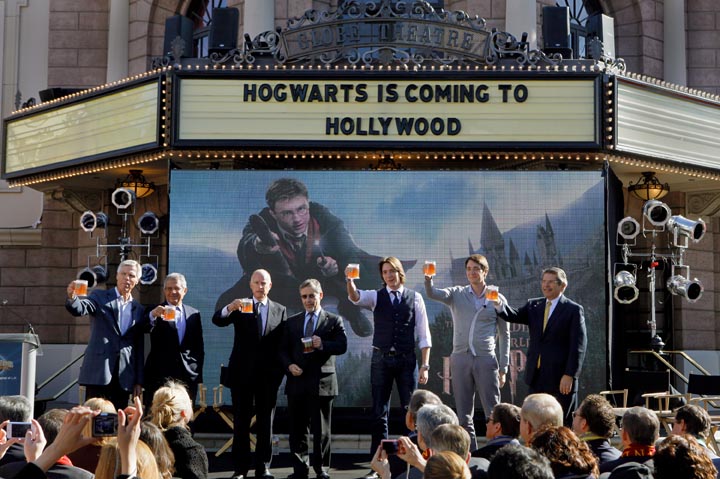 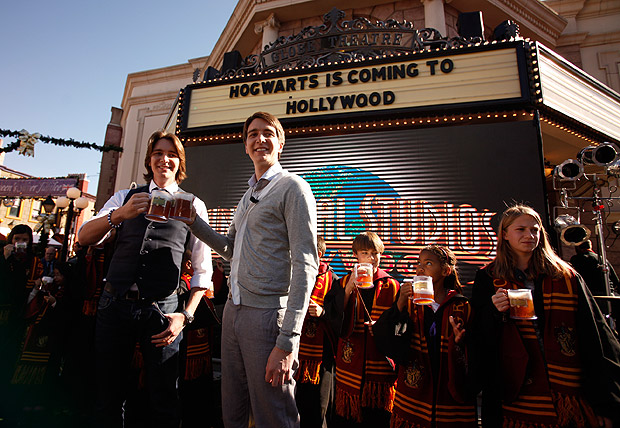 PHOTO ABOVE: From LA Times Blog. Oliver and James Phelps toast the announcement with Butterbeer.

Back to the Wizarding World of Harry Potter