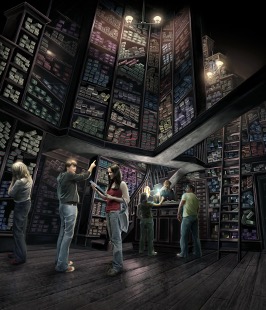 “Visit Ollivanders’, Makers of Fine Wands since 382BC. Step into the small dusty shop and gaze up at countless wand boxes stacked to the ceiling. Here, in a unique interactive experience, you can see a wand choose a wizard. You can purchase your own Ollivanders wand, or choose from a selection including Harry Potter™ film character wand replicas, collectible wand sets and even interactive wands which allow you to cast spells to create amazing magical experiences throughout Hogsmeade™. Wave your wand, recite the spell and watch as the magic unfolds!”
From the Universal Studios Hollywood Wizarding World website, April 2016

Although this isn’t a ‘ride’ as such, it’s a very atmospheric immersive experience, and is recommended for younger wizards or witches, and older fans of the Harry Potter world alike. The presentation by the wand keeper himself lasts around 4.5 minutes, and is followed by a visit to the shop, where you can buy your own wand (wands are also available in other shops around the park).

There’s a queue line beside Ollivanders’ shop which stretches around an area at the rear of the shop, so it’s probably longer than it looks – the queue time shown above the queue is accurate. 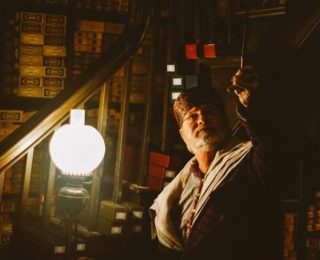 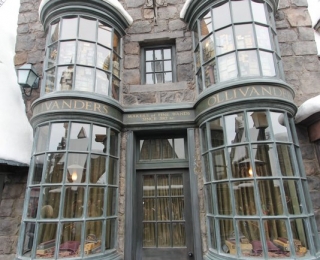 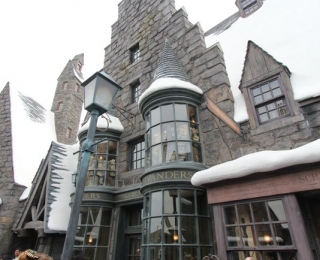 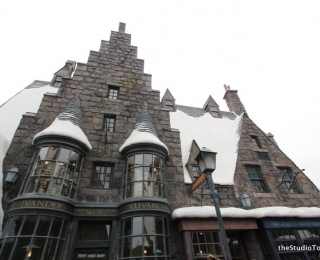