Just after the Greens Department and before arriving at the Flash Flood set, trams were offered a tantalising glimpse at a forced perspective miniature set that was used in Dante’s Peak.

Model sets are used extensively in special effects work, even now when digital effects are so common. It’s still considerably cheaper to make a detailed model such as this than build a similar model in the computer and then do all the associated work to get that image onto a piece of film.

This model was replaced by The Fast & The Furious: Extreme Close-up. 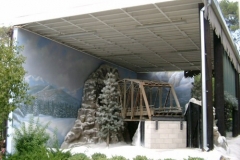 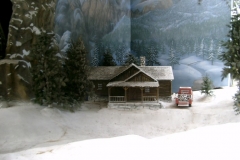 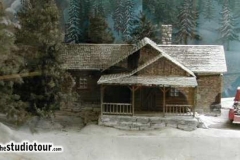