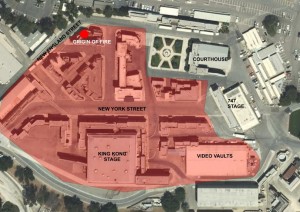 A huge and devastating fire destroyed a large section of backlot. At it’s height over 400 firefighters were on the scene. It was reported around 4.45am in the chapel on New England Street and spread rapidly through the New York Street facades. It was not fully extinguished until almost 17 hours later. Areas destroyed or damaged:

Fire fighters are blaming water pressure problems on the spread of the fire. The fire protection features introduced after the 1990 fire were said to be not working properly. It’s understood that deluge tanks were installed and designed to dump water on the facades to extinguish fire instantly. It’s not known whether these functioned correctly. Water had to be taken from nearby Park Lake and Jaws Lake and from hydrants outside the studio.
Nine firefighters and a Sheriff’s deputy sustained minor injuries during the fire, and from an explosion in the video vault when a bulldozer, trying to clear a path to the seat of the fire, ran over something.

The cause of the fire is now believed to have been a blowtorch used by workmen to repair the chapel roof on New England Street around 3am. They reportedly followed policy of standing watch for an hour (to spot any fire after the work) then went for a break. The fire was reported at 4.43am by a security guard. The Universal City Fire crew were on scene four minutes later, by which time a whole block of facades was engulfed. 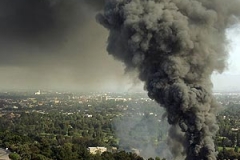 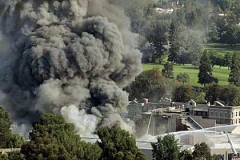 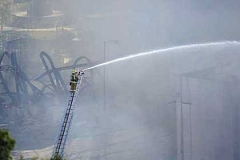 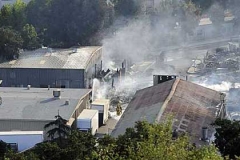 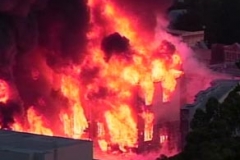 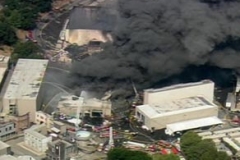 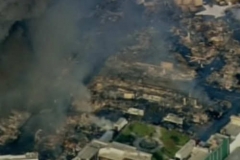 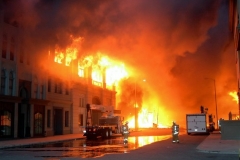 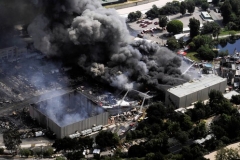 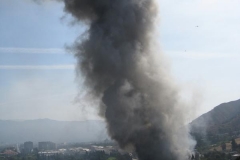 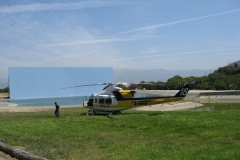 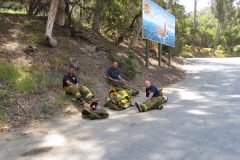 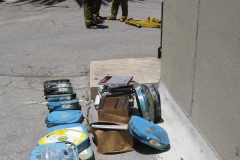 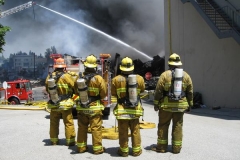 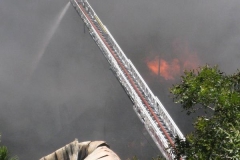 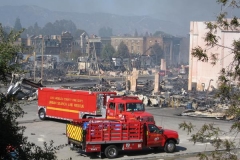 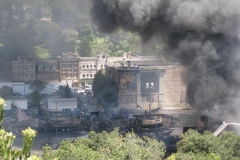 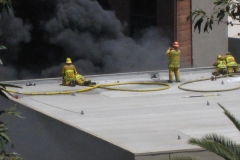 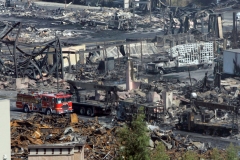 Photos by David Grove, with thanks 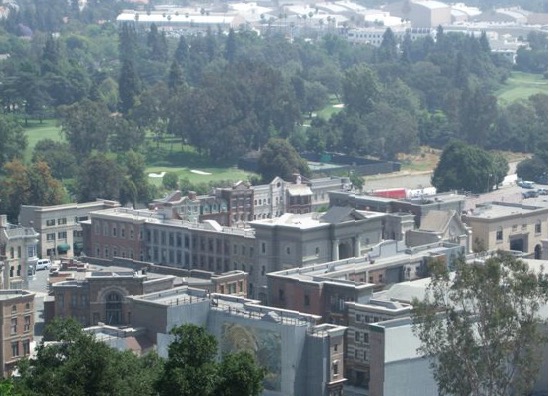 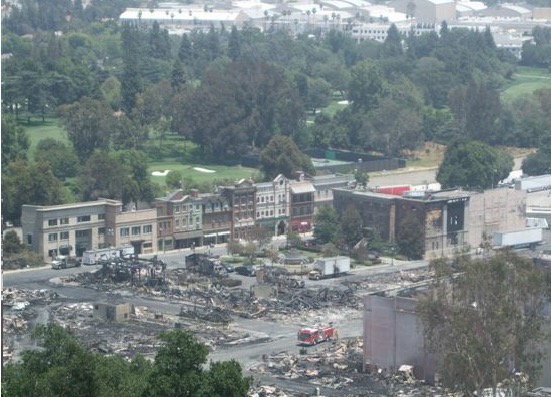