This light-green property was built for Desperate Housewives and replaced the school house on Circle Drive at the end of Colonial Street. It was built for Season Two in 2005.

House number: 4360 Wisteria Lane
It’s not featured regularly in the show – it’s appeared to have an occupant twice; an unnamed woman, played by an uncredited extra, in episode 4.02, and in Season 7 it’s occupied by Mr Scully in 7.09. 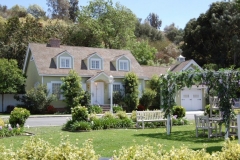 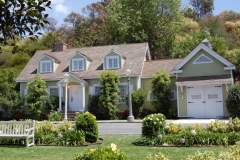 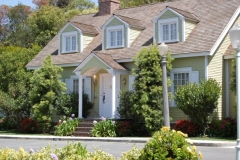