Originally known as Ron’s Barn, this house has moved around the backlot a number of times.

This barn-like house set was built for All That Heaven Allows, in 1955, featuring Rock Hudson playing Ron Kirby. The set was built on the backlot next to the original Falls Lake. Following that production, the set was modified to move it to Colonial Street. 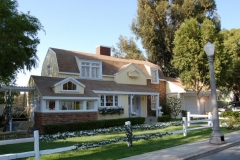 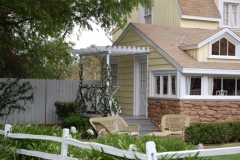 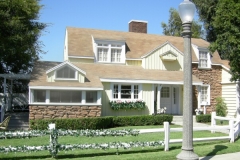 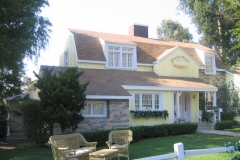 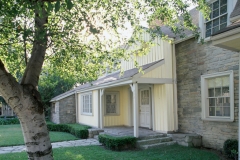 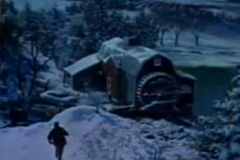