Originally located on old Colonial Street the house was originally known as the Keller House and was built for ‘All My Sons’ in 1948, before being moved to Colonial Street in 1950. It later appeared in the Humphrey Bogart movie ‘Desperate Hours’ in 1955.
Later on it was seen in ‘Lucas Tanner’ (1974-75) as the residence of the title character (played by David Hartman).
Until Desperate Housewives took over the street, this building was named after, and based on the design of, the Frat house in ‘Animal House’ (1978). However, that film was shot entirely on location in Eugene, Oregon (mostly at the University of Oregon), and NOT on the backlot at Universal. The real-world location for the frat house was demolished in 1986.
The Delta house on the backlot was created in 1978 by converting the Keller house.
The Delta House has one legitimate claim to being used in the ‘Animal House’ universe though… it was used in the ‘National Lampoon’s Delta House’ TV Series (1979) which was a short-lived (15 episodes) watered-down sitcom sequel to the film. Although some of the original cast were featured, it never reached the same heights (or plumbed the same depths) as it’s predecessor. 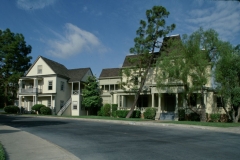 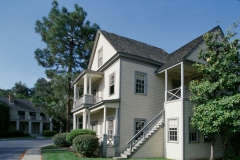 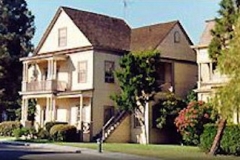 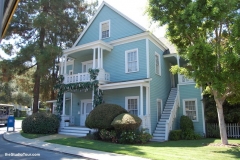 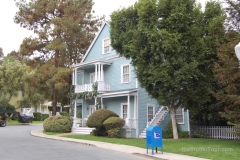 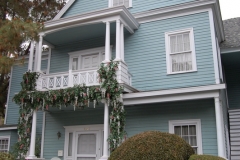 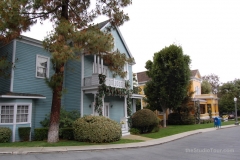 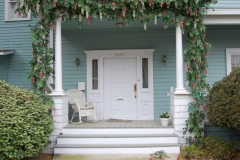 At the end of the film ‘Animal House’, the future life of Babs is revealed as a tour guide at Universal. An advert is featured at the end of the credits (shown below) saying visitors should “Ask for Babs” and it’s believed a discount was offered on admission when the magic words were used. This discount is no longer offered! 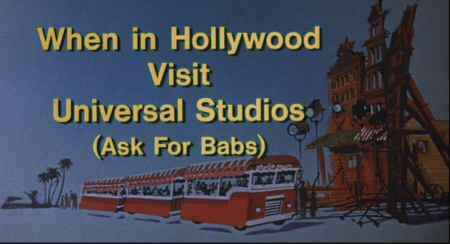