The Making of Harry Potter – Before Opening

In April 2010, Warner Bros. announced plans to buy the Leavesden site outright and redevelop and upgrade the facilities, spending over £100 million. The studio has been renamed Warner Bros. Studios, Leavesden and in Spring 2012 the Harry Potter themed visitor attraction opened, catering for up to 6,000 visitors per day. 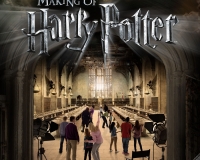 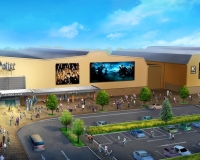 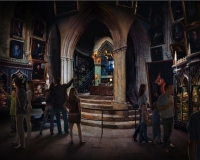 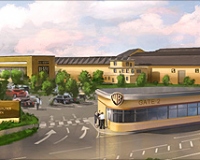 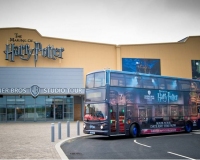 There was no way for members of the public to gain access to the studio until the visitor attraction opened in April 2012. The visitor attraction is based on two new soundstages built especially for public access – there will unfortunately be no access to the actual soundstages used for production, but you will walk on some of the most iconic sets from the Harry Potter series, and see thousands of props and costumes, which were all preserved following filming.

There are also some Harry Potter props and costumes on display at the London Film Museum and on the Warner Bros Studio Tour in Burbank, California USA or you can visit the Wizarding World of Harry Potter at Universal Orlando, Florida USA. 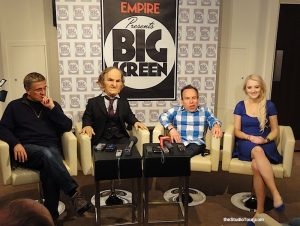 Development of the Attraction

London – On Wednesday 10th November, Warner Bros. will announce the completion of its purchase of Leavesden Studios, and unveil plans for an in excess of £100 million re–building and expansion programme that will create Warner Bros. Studios, Leavesden – a permanent UK film production base for the company. The announcement will be made at Claridges Hotel by Barry Meyer, Chairman & Chief Executive Officer and Alan Horn, President & Chief Operating Officer, Warner Bros.

Warner Bros.’ purchase makes it the only Hollywood studio to possess and operate its own production facility in the UK. Once complete, Warner Bros. Studios, Leavesden will enjoy one of the largest back–lots in Europe, represent approximately a third of the dedicated stage space for major film production in the UK and be able to accommodate a number of major Warner Bros. and third party film productions each year as well as TV and advertising productions.

Warner Bros. has used the studio facilities just outside Watford, north-west of London, since 2000, including the production of all eight Harry Potter films as well as many other recent Warner Bros. hits, including The Dark Knight and Inception.

Having received all necessary planning approvals from Three Rivers District Council and Watford Borough Council, Warner Bros. is now set to build on that contribution with the re–development of the 170 acre site that will see the refurbishment and expansion of the studio, increasing its ability to provide for services such as visual effects, prosthetics, animatronics and film editing, as well as expanding the external filming and production areas.

This commitment will help to sustain the level of employment generated by the productions based at the studio of approximately 1500 jobs and the creation of around 300 more including building and specialist contractors.

As part of the redevelopment, two new sound stages will be built to house and display many of the iconic sets, costumes, creatures and props from various Warner Bros. films shot in the UK.

Initially this will be a behind-the-scenes look at the Harry Potter movie series and, by prior booking, will give the general public the ability to tour several of the original Harry Potter film sets at the studio where all eight movies were produced. There, guests will have the opportunity to witness the exceptional creativity and craftsmanship that went into bringing the film series to life and discover the career opportunities that exist within this dynamic and growing industry.

Barry Meyer, Chairman and CEO, Warner Bros. said, “For 86 years, Warner Bros. has been intrinsically involved in film production in the UK. Our purchase of Warner Bros. Studios, Leavesden and our multi-million pound investment in creating a state–of–the–art, permanent UK film production base further demonstrates our long-term commitment to, and confidence in, the skills and creativity of the UK film industry.”

Alan Horn, President & COO, Warner Bros. said, “From Harry Potter and the Philosopher’s Stone to Harry Potter and the Deathly Hallows Parts 1 & 2, the roll call of movies made at Leavesden is nothing short of spectacular. Over the last decade, it has been a place of incredible ambition, boundless energy and unprecedented success and I’m delighted that we are going to build on that rich legacy with many more productions in the future.”

Josh Berger, President & Managing Director, Warner Bros. UK, Ireland and Spain, commented, “At a time when investment in the UK is critical, Warner Bros. Studios, Leavesden is a significant endorsement of the creative talent here in the UK. It will generate jobs, inward investment and interest in an industry that is respected the world over.”

Roy Button OBE, SVP & Managing Director, Warner Bros. Productions Ltd added, “It is fitting that as we reach the conclusion of the Harry Potter movie franchise — a series indelibly linked to Leavesden — we’re extending and updating the studio and, at the same time, preserving some of the extraordinary film sets and props our teams have created for some of the most successful movies of recent times.”

Dan Dark, SVP & Managing Director, Warner Bros. Studios Leavesden, added, “Our exciting re–development plans give us the opportunity to create a truly world–class facility in the UK. We are grateful that Watford Council, Three Rivers Council, Hertfordshire County Council and the local communities recognise and value the contribution that Warner Bros. has already made in the area, and we look forward to playing our part in sustaining and growing the region’s reputation for filmmaking excellence in the coming years.”

Warner Bros. Studios Leavesden has significant local advantages for filming. It is a single site with the scale, security and privacy for outdoor and indoor filming. It is also located within the Greater London & Hertfordshire film and media cluster, the critical catchment area for film technicians, crews and associated supply chain businesses. The re-development of the site commences with immediate effect and the new facility, Warner Bros. Studios, Leavesden, will open in mid 2012.

London, 14th August, 2011: Tickets for Warner Bros. Studio Tour London – The Making of Harry Potter will go on sale from 13th October 2011 via www.wbstudiotour.co.uk, prior to the attraction’s Grand Opening in Spring 2012, it was announced today.

Warner Bros. Studio Tour London – The Making of Harry Potter will offer visitors for the first time ever a unique behind-the-scenes tour of the most successful film series of all time. Guests will be able to see firsthand the sheer scale and detail of the actual sets, costumes, animatronics, special effects and props used in all eight of the Harry Potter films.

Spread over 150,000 square feet including two dedicated soundstages at Warner Bros. Studios Leavesden, the home of the Harry Potter film productions for over ten years, Warner Bros. Studio Tour London – The Making of Harry Potter will showcase the British artistry, technology and talent that went into bringing this beloved film series to life.

“It was such a magical place to grow up,” says Daniel Radcliffe. “People will be amazed to see the incredible environment we’ve worked in all these years.”

Rupert Grint adds, “The sets all have tiny little details that you may not always notice in the films but when you actually walk through them, you can see all the work that’s gone into it. It’s really amazing.”

“For ten years the Harry Potter film series has showcased the very best in British filmmaking” says Sarah Roots, Vice President, Warner Bros. Studio Tour London. “We are thrilled that fans will soon be able to experience the Award-winning artistry and talent that lovingly went into producing the actual sets, props, costumes and special effects of this record-breaking film series.“

Following in the footsteps of Daniel Radcliffe, Emma Watson and Rupert Grint, guests will get to walk on to some of the most memorable and most recognisable sets, such as the Great Hall, Dumbledore’s office, the Gryffindor common room and Hagrid’s hut, among many others.

Visitors will also have the opportunity to see the spectacular real life animatronics in a Creature Effects workshop, which will feature iconic Harry Potter film creatures including Buckbeak the Hippogriff, Aragog, the giant spider, Fawkes the phoenix and the enormous Basilisk head.

Tickets for the Warner Bros. Studio Tour London – The Making of Harry Potter, which opens in Spring 2012, will be available from 13th October 2011. They are priced at £28 for adults and £21 for children, and must be booked in advance via a dedicated website www.wbstudiotour.co.uk or through approved tour operators.