The studios are now open again for hire

Stage 2: Stage 2 is 8,000 square feet and perfect for large scale set builds and commercials, with a floor to ceiling height in excess of 30 feet.

Stage 3: Not available to hire

There are also offices, dressing rooms, hair and makeup and workshops. 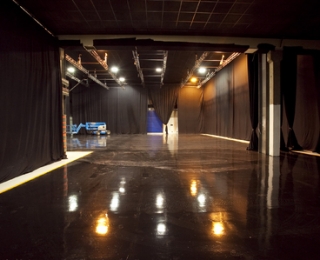 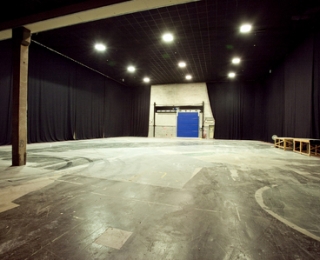 The Bill was a weekly TV police show on British television network ITV, running from 6 October 1984 until 31 August 2010.

History of The Bill before Merton Studios

1984 – The Bill goes on air for the first time, not based at Merton Studios. The Sun Hill Police Station set was in existing warehouse & office buildings at Artichoke Hill, Wapping, East London for seasons one and two. The warehouses were formerly used for tobacco storage. (This site is now a residential block opposite a Saab dealership called ‘Saab City’).
1987 – Production on The Bill series three was halted when the adjacent News International plant was experiencing lengthy strike action, and actors in police uniforms for The Bill were mistaken for real police.
1987 – Sun Hill moved to a former record distribution depot in Barlby Road, North Kensington, in North West London. Filming began on this site in March 1987.

1989 – When the owners of the Barlby Road site wanted to redevelop it, Talkback Thames, a subsidiary of Fremantle Media, bought what was to become Merton Studios in 1989 as a permanent site to resource the entire production of The Bill.
The buildings are located on an industrial estate and were formerly used as a wine distribution warehouse.
March 1990 – The move to Merton Studios was made and was disguised on screen by the ‘ongoing’ refurbishment of Sun Hill police station and then finally, the explosion of a terrorist car-bomb in the station car-park, which ended up killing PC Ken Melvin.
2010 – The Bill shuts up Sun Hill for the last time as the long-running drama comes to an end. The final episode aired 31 August 2010.
2010 September 29 – Fremantle Media, the former producers of The Bill sell Merton Studios for £4.75million to Panther Securities.

2011 – Under new management, the re-named Wimbledon Studios re-opens and houses 50 purpose-built sets, including a Houses of Parliament (House of Commons) set.
July 2011 – The ‘Common Inn’ pub is added to the exterior street set.

From the Wimbledon Studios website in 2012:
“Wimbledon Film & Television studios was London’s newest film & television studio complex and was fast becoming the capital’s most advanced production hub.
The studio was, until 2010, home to “The Bill” but now, under new management, the studios have undergone a major refurbishment and have already welcomed a host of productions to SW19.”
The content of the old website can be found at the Internet Archive.

August 2014: Wimbledon Studios was placed into administration, and the Media Village of associated companies were forced out.

13 August 2014: It was announced that Persian broadcaster Marjan Television Network had signed a 15 year lease to take over the studio to operate it’s flagship TV channel Manoto 1, broadcasting to the UK, Europe and the Middle East. [Televisual article]
2015 – August – The studio facilities have been refurbished and are now available for hires once again. Stage 3 is the base for Marjan Television Network and is not available, but Stages 1 and 2 are available again.
Unfortunately the standing interior sets left over from production of The Bill are now removed. Only the exterior street set is still available.

Between 2011 and 2014 Wimbledon Studios had over 50 free standing sets onsite including an exterior street, police stations, hospitals, a prison, a courtroom and the House of Commons set, to name but a few.
2015: The interior sets have all been removed. The exterior street set remains and is available for hire.

The set was originally built for First Among Equals (1986) at Granada in Manchester.
It then made a regular appearance as part of the Granada Studios Tour from 1989 – 1999 [now closed].
It was also used regularly in shows such as The New Statesman (1987-1992).
In 2002 the whole set was purchased by scriptwriter Paul Abbott so that he could use it in his BBC drama serial State of Play. As a former Granada scriptwriter, he bought the set personally to save it from destruction. Following the end of State of Play, Abbott put the set into storage in an Oxfordshire barn.
It was offered permanent residence at Wimbledon Studios in return for the studio having exclusive use of it.
The set has recently been used in Meryl Streep movie The Iron Lady.
It was removed following studio refurbishments in 2015 and it’s not known currently whether the set is in storage or has been destroyed. 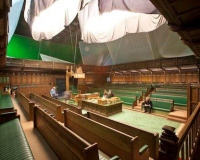 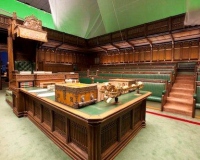 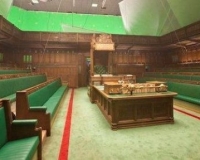 After being rebuilt in 2012, it was removed following studio refurbishments in 2015 and it’s not known currently whether the set is in storage or has been destroyed.

Rebuilt in 2011 (?) on the backlot of the studio, the street has been used for a number of productions, and is (August 2015) now available for hire once again.
It was originally built in ?1989 for The Bill, with both sides of the street containing businesses.

Shot on the Street: Apocalypse Trailer (2012)