Website Publicity text: March 2007
All New “Universal’s House of Horrors
Universal Studio Hollywood’s House of Horrors is a frightening, scream as you go, walk through experience inspired by some of the greatest Universal Studios horror movies of all time.
The most feared characters – like Dracula, Frankenstein, Chucky among many others — will take you by surprise while you attempt to navigate your way through an ever-changing, terrorizing maze. Be afraid . . . be very, very afraid! 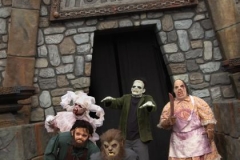 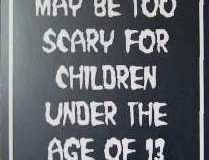 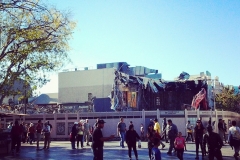 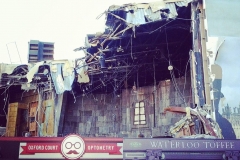 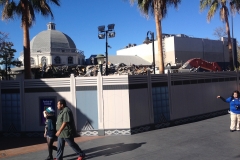 This attraction was a must-see for fans of Universal horror movies. Featuring sets and props from many of the great movies, along with some good old scares, you could relive moments from the classics. It was a wonderful celebration of the huge heritage of Universal horror characters that was hidden from us for so long.
The attraction started with a timeline of horror movie posters in the queueline. Many of these posters hadn’t been seen for years, and covered most of the key Universal horror movies, right up to the present day. There was an exhibition of props, costumes, set drawings and matte paintings from horror movies as diverse as The Birds, Psycho, Child’s Play, Jaws and Cat People.
In the House of Horrors itself, you could discover a peaceful forest environment only disturbed by a terrifying Wolf Man, a quiet doll house with a murderous doll called Chucky popping out to say hello, a stunning Frankenstein’s Lab set, and you could even get to take a shower with Mother. Just beware the chainsaw!

The exhibition rotated exhibits, so the following were not always on display.

Featuring an award-winning line-up of the Studios’ 80-year horror film legacy, “Universal’s House of Horrors” reacquaints guests with such notorious creatures as Count Dracula, Nosferatu, The Wolf Man, The Mummy, Frankenstein’s Monster, the Bride of Frankenstein, the Phantom of the Opera, “Psycho’s” Mother Bates, and the zombies of “Dawn of the Dead” and “Land of the Dead.” Guests will encounter all of these fearsome figures as they navigate the dark passages of a Gothic castle. The multi-sensory attraction will even use olfactory sensation to produce its effects: the castle has been infused with scents that capture the pungent odors of Egyptian tombs, musty antechambers and decaying life.

The “Universal’s House of Horror” adventure begins at the entrance to the castle ruins in Soundstage 13. After being shepherded along the castle’s drawbridge, guests will enter a corridor laden with dozens of recognizable authentic movie props and artifacts including such cinematic icons as the original corduroy blazer worn by Anthony Perkins in “Psycho,” the Hannibal Lector mask from “Red Dragon,” the police uniform worn by Roy Schneider in “Jaws,” the books and necklaces from “Skeleton Key,” the original “Chucky” doll and the Billy doll from “Dead Silence.”

Original horror film posters will also adorn the area as a further introduction to over 20 infamous horror characters that now permanently reside within the “House of Horrors.”

Guests will not have long to linger over these genre treasures. Attendants quickly usher them through a dark labyrinth leading into the themed areas that include Dracula’s Portal, Nosferatu’s rat-infested Catacombs, the Burial Crypt of The Bride of Frankenstein, The Phantom of the Opera’s Lair, The Mummy’s Tomb, “Chucky’s” Good Guy Toy Factory, a “Psycho” Maze of Mirrors, the “Land of the Dead” Morgue, The Wolf Man’s Forest, Dr. Frankenstein’s Lab and the “Dawn of the Dead” Slaughter House.

Universal Studios introduced the horror genre to U.S. audiences in the early years of motion pictures when such great artists as Boris Karloff, Lon Chaney and Bela Lugosi were under contract to the company. In the decades that have followed, many of the world\’s greatest movie monsters came “to life” on the studio’s historic back lot.

The extended queue line contains this amazing collection of movie posters – check them out if you can!

As these photos were taken at the exhibition, there is some unwanted reflection and uneven lighting on some posters. 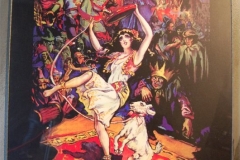 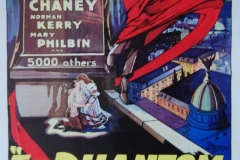 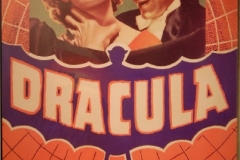 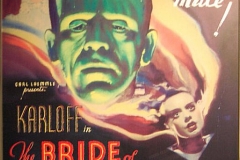 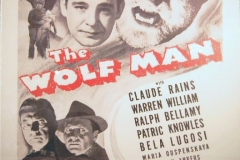 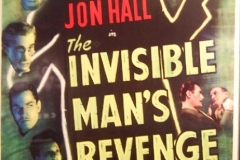 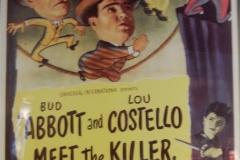 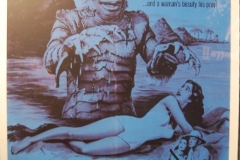 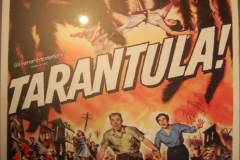 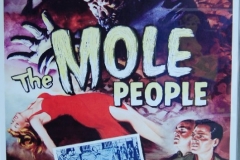 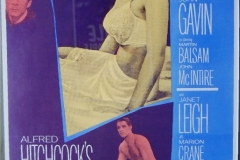 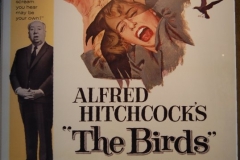 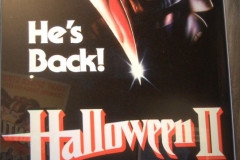 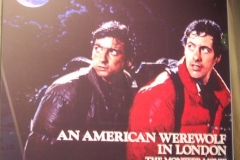 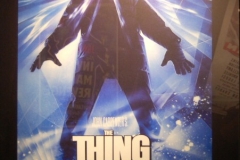 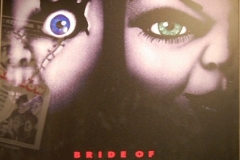 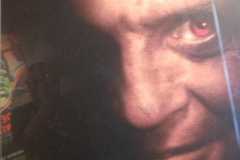 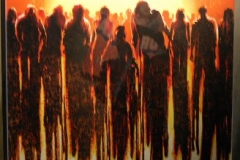 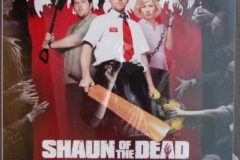 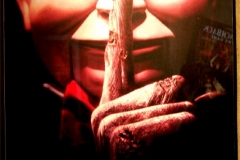 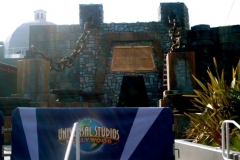 Van Helsing closed in November 2006 and a very speedy re-make began, to have the new attraction open at the end of March 2007. Rather than the feared cosmetic-only update, the House of Horrors has taken many of the existing elements and improved on them, while adding new sections along the lines of the Halloween Horror Nights event. After many years of neglect, Universal now has a place to celebrate it’s horror history.

The centrepiece Frankenstein Lab has remained from Van Helsing (with some remodelling) and the spinning tunnel is still there (with a new improved UV paint-job). Although the route through the attraction remains the same, there are many themed areas along the way which are brand new, and always surprising. Whereas Van Helsing was dark all the way through, the House of Horrors changes around every corner.

August 2007: A new live character has joined the maze – The Phantom of the Opera can now be found searching for his new Christine… New props have also been added to the exhibition in the lobby.