In the early days of Universal City, a large Zoo featured as a major attraction. The zoo housed animals used in Universal pictures and was quite a novelty for the visiting masses. In 1915, it was the largest privately-owned menagerie in the USA.

The zoo was located on the backlot between what is now the Courthouse and Park Lake.

Around 1967, a smaller zoo was introduced into the new theme park. It was a petting zoo that became known as Ark Park, and was the forerunner of the Animal Actors Stage live show. 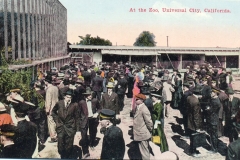 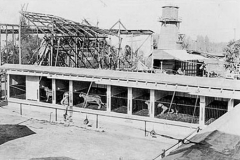