The Mummy Returns: Chamber of Doom

An opportunity to walk through the haunted movie sets “left over from filming” The Mummy Returns. Featured actual props and set-pieces used in filming The Mummy movies.
The building’s final occupant was Universal’s House of Horrors, until it was demolished in 2015.

The Mummy Returns DVD release has a special feature of a walkthrough of this attraction. 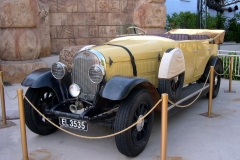 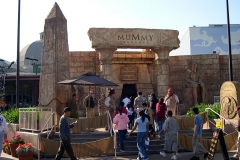 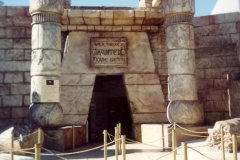 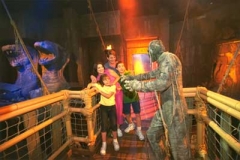