Currently the home of Shrek 4D, the 1,200 seat Panasonic Theater on the Upper Lot was the home for this popular $7 million attraction. Ten volunteers were selected from the audience, put into Star Trek costumes, placed on sets and given lines to deliver to video cameras. Once all the scenes had been captured on video, and after a quick edit, the finished product was shown to the audience. Audience members were able to purchase a copy of the video.

From 25th Anniversary Brochure, 1989
“Based on one of the most popular series on television, Star Trek® Adventure is our latest and greatest live-action show. At each performance, members of the audience are selected to join Captain Kirk and Mr. Spock in battling Klingons, fantastic space creatures and alien superbeings. Then only minutes later, you see these scenes videotaped and edited into actual Star Trek footage. You may go in a spectator and come out a star!”

There was a similar attraction at Universal Orlando, which used bluescreen techniques to insert guest footage into scenes with Star Trek actors. The Hollywood version, being slightly older, simply intercut scenes shot on replica sets in the Panasonic Theater into a short film with William Shatner, Leonard Nimoy, Nichelle Nicholls and James Doohan. 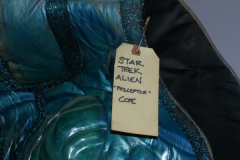 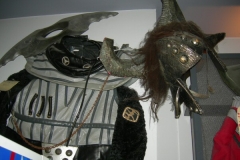 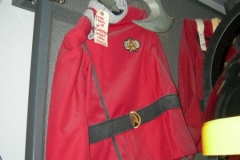 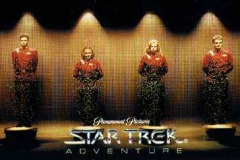 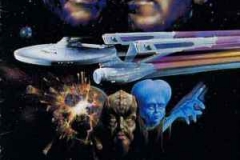 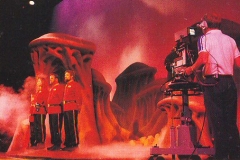 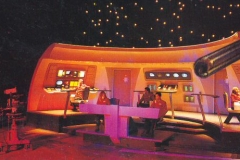 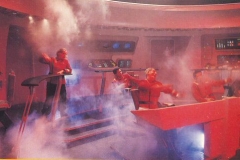 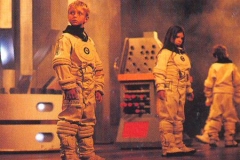 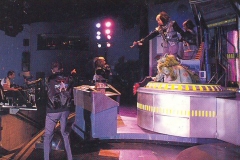 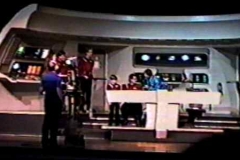 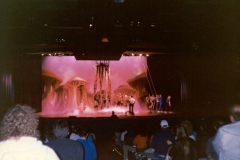 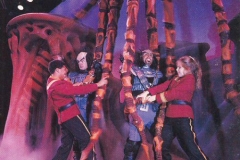 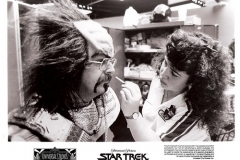 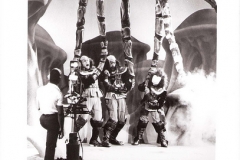 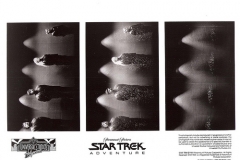 VHS tape given to participants after taking part in the Star Trek Adventure (October 1991) .