This outdoor show was performed on a stage just beside the War Lord Tower on the Upper Lot. The soundtrack for the performance was pre-recorded with the characters on stage performing in sync to the soundtrack.

“In all their subversive silliness, Rocky and Bullwinkle, Dudley Do-Right, Boris Badenov, and Natasha Fatale have returned. The entire cast of the ever popular Bullwinkle show which enthralled a generation of television viewers appear at Universal Studios Hollywood as the stars of their first ever live extravaganza.
Indeed, the fractured fairy tale generation is not all fantasy anymore. Those loveable residents of Frostbite Falls, Minnesota and a host of their two and four-legged friends bring their brand of world-renowned humor to the streets of Tinsel Town.
At Universal Studios Hollywood’s new Graumoose Chinese Theater, that plucky goggled aviator and his tall, antlered friend with the doofy voice perform in five enormoose shows daily.”
From Southern California Guide, 1992

All photos from “A Universe of Cinemagic” video, 1996. Click to enlarge. 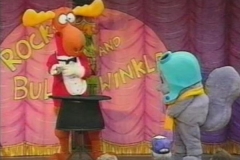 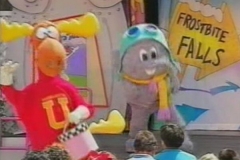 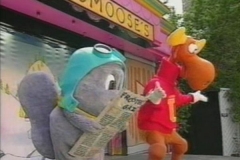 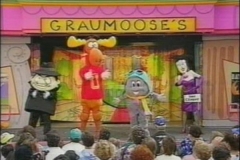 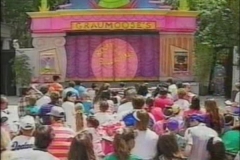 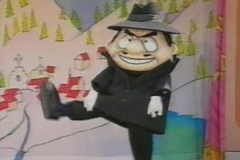 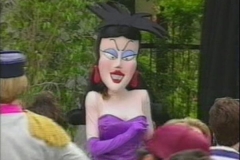