You’ve stumbled onto a deserted hideaway. The island stronghold of an infamous band of smugglers and arms traders, it’s the active base of operations for all contraband shipments in the Caribbean. And you’re not the only one who’s found it. Miami Vice cops Sonny Crockett and Ricardo Tubbs have been staking things out for some time. Now, they’re ready to take action.
Don’t blink. Don’t turn away. Don’t even flinch. Because there isn’t a single second of the Miami Vice Action Spectacular you’ll want to miss.
It’s the most ambitious special effects presentation ever designed. Unbelievable explosions. Outrageous pyrotechnics. With over 50 high-tech special effects and stunts in a breakneck-paced 15 minutes, no-one’s ever pulled a stunt like this before!
From “Universal Studios Hollywood Guide”, 1991

The show was choreographed and co-ordinated by Alex Plasschaert who made an early on-screen appearance as one of the chimney sweeps in Disney’s Mary Poppins. He since went on to work on many major stunt films, and also co-ordinated the Pirates stunt show in Las Vegas.
Many of the stunt performers from the show have also become stunt co-ordinators and 2nd unit directors.
The engineering for the show was done by Ride & Show Engineering in California.

Video of the final performance

Taped at the last ever performance on January 16 1995. Thanks to Holly O’Brien for the video.

From VideoTour, 1988 published by Kodak 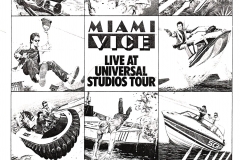 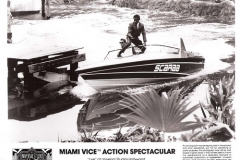 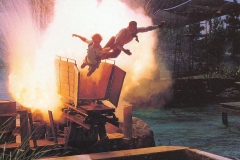 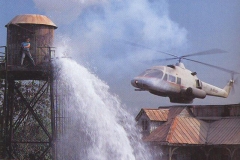 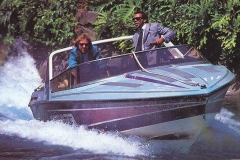 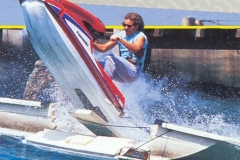 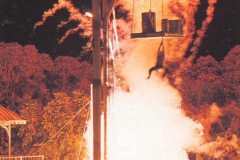 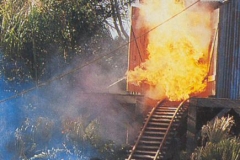 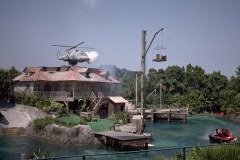 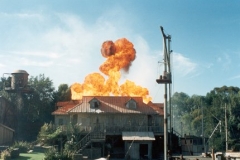 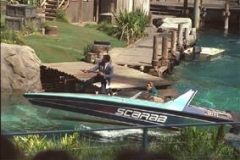 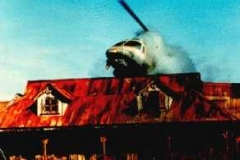 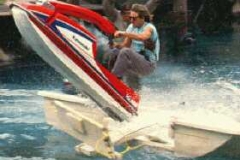 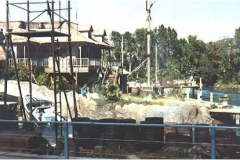 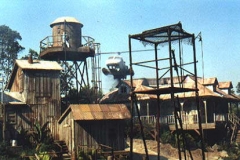 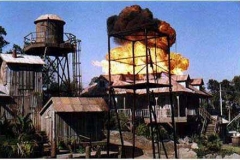 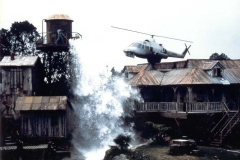 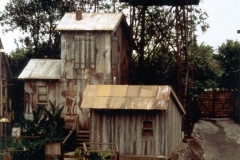 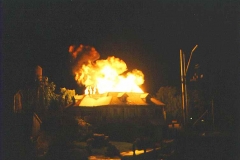 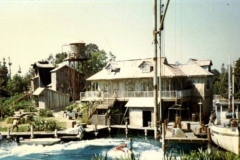 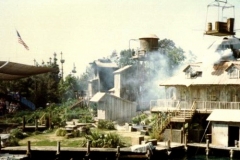 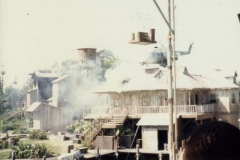 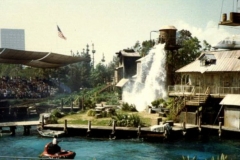