The Victoria Station restaurant extended from the entrance of Universal Studios to what is now the end of Universal Studios Boulevard.
It had a trolley car from the parking lot up to the restaurant which was taken out when the tour expanded in the late 1980s.
The venue was the social hub of the park, where visitors could bump into stunt performers from Miami Vice after their last show.

The building is now part of the Universal House of Horrors walkthrough and the Hollywood Photoland shop. See also Marvel Mania.

Victoria Station, newest in the chain of successful restaurants, will open adjacent to the Universal Tour Center early in 1977. The artists rendition below gives the flavor of the establishment which will feature a five story dome, four railroad cars from the “Flying Scotsman” and a two-car inclined railway to carry diners to and from the parking lot. 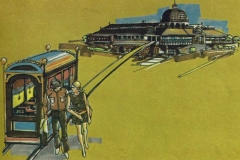 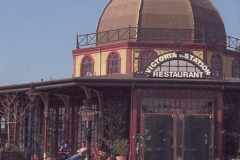 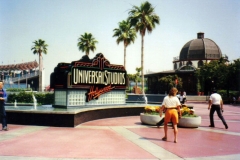 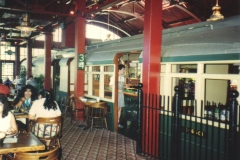 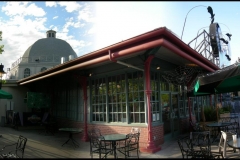 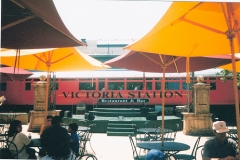 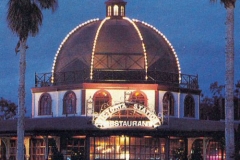