As well as heavily-used soundstages, a number of production companies and individuals have production offices on the Universal front lot. Among them are Imagine Entertainment (Ron Howard and Brian Grazer), Marc Platt Productions, the producers of the Broadway smash Wicked, and Amblin Entertainment , Steven Spielberg’s production company.

The bungalows along the north edge of the site have changed use a number of times – some were originally home-away-from-home dressing rooms for Universal’s contracted performers (such as James Stewart, Rock Hudson, Doris Day, Lucille Ball and Robert Wagner).

Alfred Hitchcock made his home in Bungalow 5195 when he was working on the lot – you can see his famous silhouette by the door. 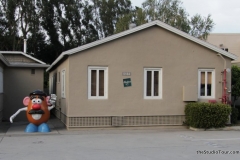 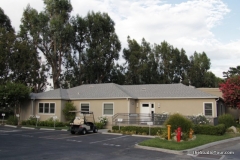 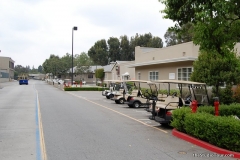 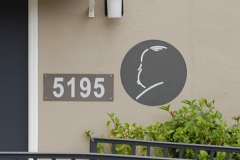 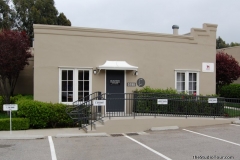 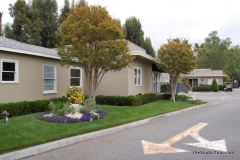 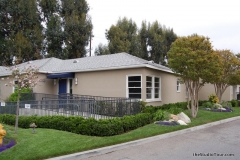 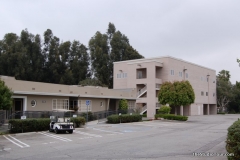 Back to the Front Lot