Original – Location #1 – Above Falls Lake – Not accessible to trams

The original house built for ‘Home & Family’ live TV series shown on The Family Channel between 1996 and 1998 is still in existence at the top of the backlot.
The same house set was later used for ”The Christopher Lowell Show’ for the Discovery Channel (1999 – 2004) and has only been used sporadically since then.
The final photo below shows the now overgrown signboard that featured in the opening credits to Home & Family every week, with the show’s title. It’s now plain green.
This area is not accessible to regular tour guests. The photos below were taken on a VIP Experience Tour. 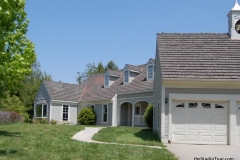 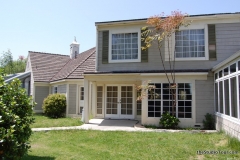 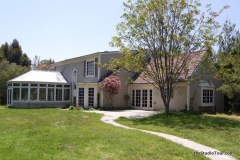 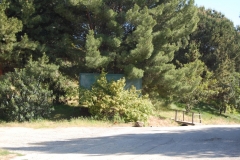 This fully functional house / set was built for the new series of Home & Family, shown on the Hallmark Channel, from October 2012.

The hosts are Mark Steines and Cristina Ferrares, and sometimes guests from the tour can take part in the show as audience members. Speak to Guest Relations when you first enter the park to see if this is an option when you visit. 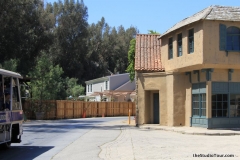 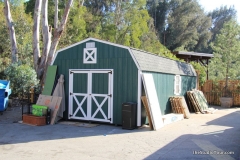 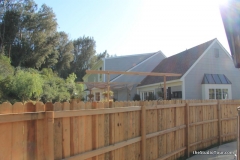 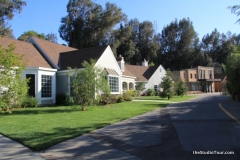 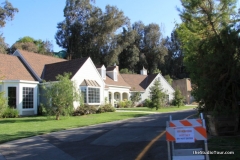 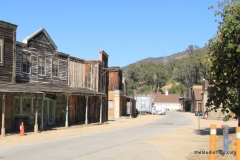