A large town square named after the imposing Courthouse building most famously seen in Back to the Future (1985-1990). The square has been seen in hundreds of Universal films (and those of other studios). In common with many other standing sets, simple changes like the arrangement of street furniture and signage can make the set appear to be a completely different location.
Prior to Back to the Future, the area was known as Mockingbird Square, after it’s appearance in To Kill a Mockingbird.
It was until recently the home of the CBS TV drama Ghost Whisperer.

Although the devastating fires in 1990 and 2008 destroyed the New York Street area, the Courthouse itself was spared, and looked even more magnificent amid the ashes.

Courthouse Square reopened after the fire on June 18 2009 with the USC Marching Band and costumed actors. See Life Magazine Photos of the reopening event and the video footage below.

To the south of Courthouse Square is New York Street. 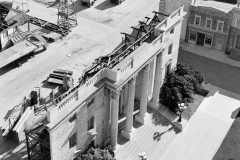 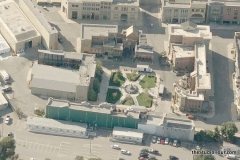 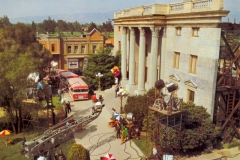 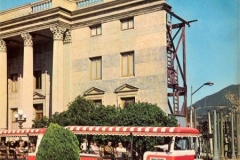 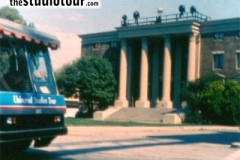 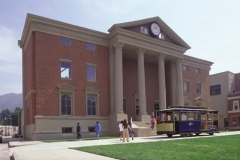 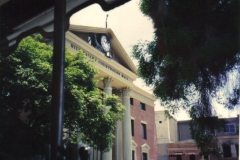 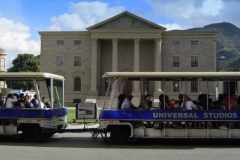 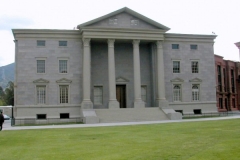 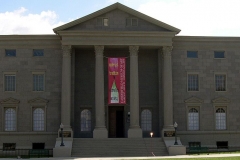 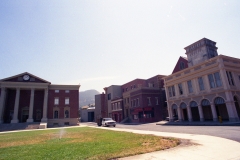 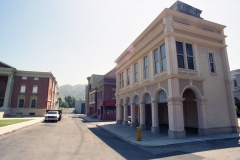 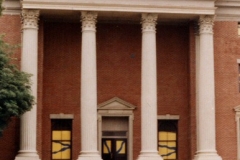 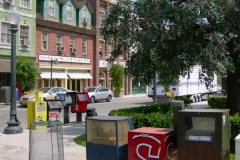 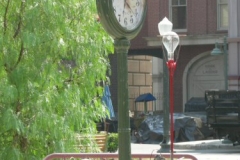 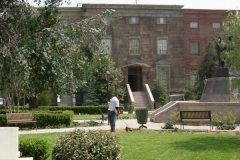 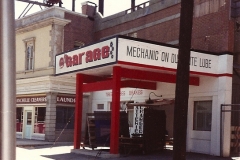 The Courthouse Square location in Back to the Future 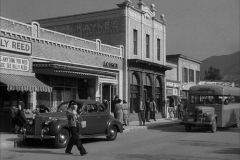 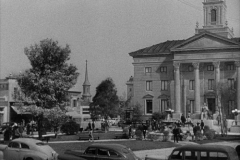 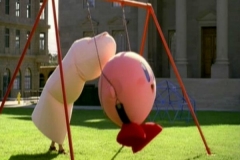 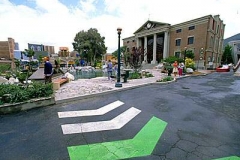 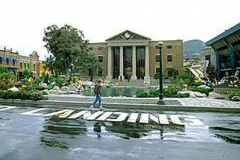