Along with the Psycho House (aka the Bates Mansion), the Bates Motel buildings have been moved around the backlot since the original shoot in 1960.
See also Psycho House for more details.

The Bates Motel interiors, including the shower scene, were shot on Stage 18. The exterior set has been rebuilt a few times over the years, and as can be seen below, was refurbished in 2006.

The motel was refurbished and restored in 2005 to it’s former glory, by a team including Creative Director John Murdy. 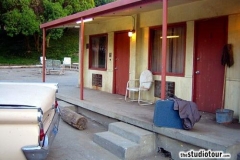 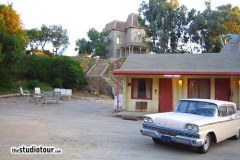 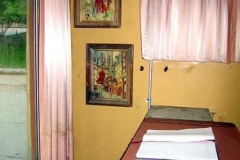 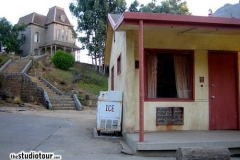 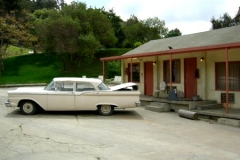 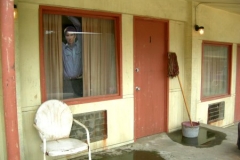 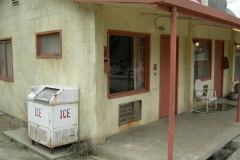 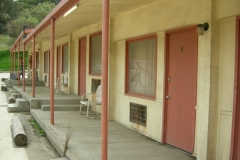 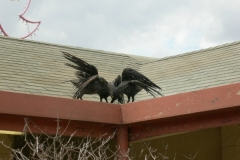 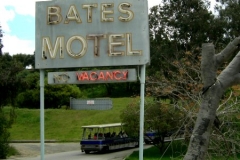 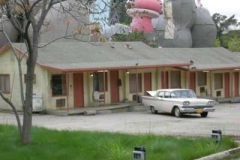 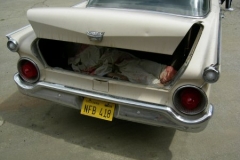 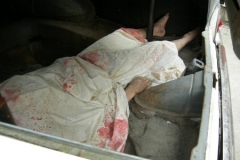 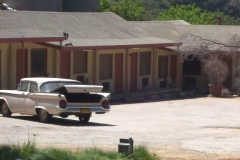 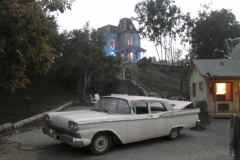 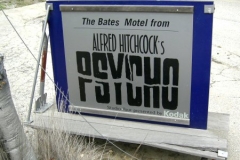 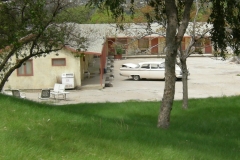 Starting in 2008, Norman Bates has been hanging around the motel and can sometimes be seen by tourists on the Studio Tour tram passing by. Occasionally they catch him moving things around… 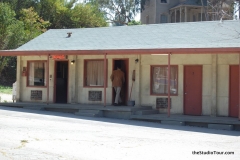 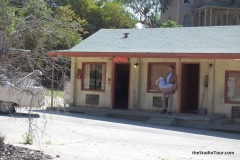 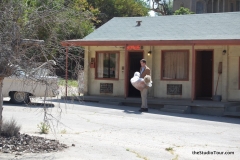 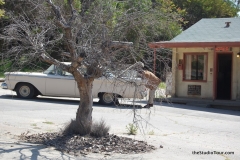 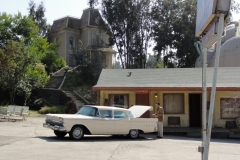 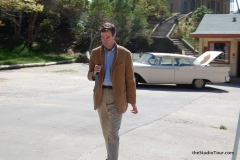 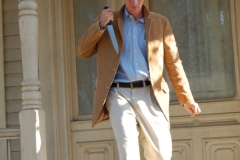 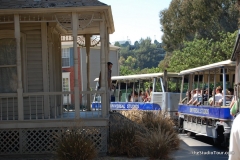 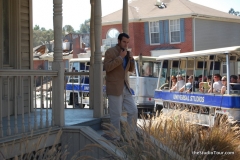 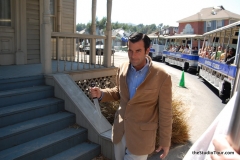