Formerly situated in Poole Street, Islington, North London. The area was redeveloped in 2002 and is now a large block of residential flats, named Gainsborough Studios.

Alfred Hitchcock had his first job in the film industry here, and many classic British films were made here with stars including Will Hay, Arthur Askey andThe Crazy Gang. 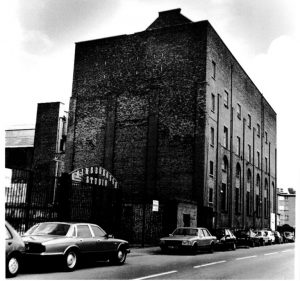