From October 2012 the studios were demolished to make way for a new shopping complex.
See Curbed LA postings about the development.

An article (http://www.presstelegram.com/news/ci_19802192) from 2012 states that the studios lost $13 million in the last seven years and cannot continue to trade.
A large portion of this must relate to the controversy over health issues at the former NASA plant (see Chronology below).

By April 2013, the site had been completely cleared. The admin buildings remaining from the Vultee days were still there, but in very poor condition.
In April 2014, there was no significant change on the site – no construction had taken place.

From the official Downey Studios website (2010):
“The Downey Studios is a production studio in Downey, California. The studio features 80 acres (320,000 m2) of indoor and outdoor production space including a 50,000-square-foot (4,600 m2) building and a 250,000 sq/ft building which is home of the largest indoor water tank in North America. A suburban residential street backlot with 5 complete homes and 11 facades is also available at the studio. ”

SPACE â€“ OUR PAST AND OUR PRESENT
Downey Studios is situated on the site of a former NASA/Boeing site in Los Angeles County. The site was chosen in 1929 by E.M. Smith so he could build his new aircraft The Challenger. Through the years, the site has been home to numerous ground-breaking and record shattering innovations, including the Navaho Missile project, the Apollo Spacecraft Development program, and the Space Shuttle.
Aerospace history was made here and now we are making Hollywood history. We are the largest independent film facility in Los Angeles. In addition to the biggest undeveloped back lot, we are also home of the largest indoor water tank in North America. And we offer all the amenities of a full service major studio with none of the hassles. All of this lies in the 30 mile zone and is an easy drive from anywhere.
Downey Studios is managed by Industrial Realty Group.
With a privately held and managed portfolio in excess of 40,000,000 square feet, Industrial Realty Group, LLC is among the country’s largest private owners of commercial and industrial properties.
IRG, a Los Angeles-based company, owns and operates more than 60 major developments in 25 states. Management offices are located in Los Angeles, Sacramento, Chicago, Akron, Detroit, and New York.
IRG is recognized as a leading force behind the adaptive reuse of closed buildings and facilities throughout the nation. Retrofitting otherwise obsolete buildings, corporate campuses, and industrial complexes are among the company’s core competencies. IRG is recognized for its success in converting brownfield sites, including NPL Superfund Sites, to productive new uses.
IRG is a leader in the conversion and privatization of federal properties, including closed military bases. IRG owns or is master developing three closed military bases and a closed Veterans Affairs complex.

Ever wonder where the first Space Shuttle was built?

Right here in the space of the building. the first four Space Shuttles were built here and you can film your TV, commercials and movies right here where history was made.

Office Buildings from the aerospace plant, used as administrative offices for Downey Studios

The studio buildings were backed by a huge backlot area, most of which was ungraded, and included former runways and previously demolished building foundations. At the time of the studio’s closing, the only permanent sets on the backlot were a small suburban street, which was showing signs of age and disuse, which was built for Christmas with the Kranks. 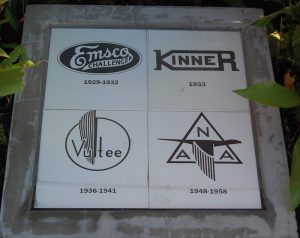 One of a series of commemorative plaques at Downey Landing shopping area, adjacent to the studios, 2010 (c) theStudioTour.com 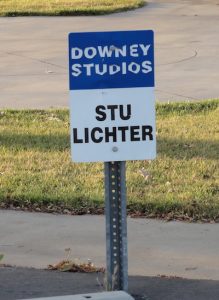 2004: Construction was underway in Building 1 of futuristic sets for The Island. The hangar was still being renovated and the roof was not water-tight, leading to mold growing on the walls. Some crew members developed respiratory problems.
2005: Unions and regulatory authorities become aware of health issues at Downey Studios.

2008: Stories appear in the press about a strange respiratory sickness, dubbed the ‘Downey Flu’ which is affecting crew members working at the studio. Despite a thorough cleanup following the years of aerospace work on the site (working with many toxic materials) many crew members have reported strange symptoms.
To date, no compensation claim has been successful against the studio and the film-workers union IATSE has reassessed the buildings at Downey Studios and found them to be a safe and healthy environment.
See LA Times article for more details
November 7 2008: A fire damaged the studio. The fire appeared to have been caused by an exploding propane tank on the backlot. Two Apollo space capsules were threatened by the fire (which were waiting to be installed at the nearby space museum). Fire fighters from Downey, Santa Fe Springs and LA County responded.

October 2012: The studio complex and all remaining industrial buildings are demolished to make way for a new retail, office and entertainment complex, Promenade at Downey, to be developed by IRG (who also developed the Downey Studios project). . 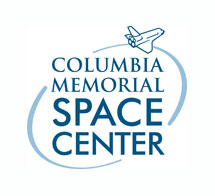 2013: The site is now completely cleared of studio buildings, apart from the admin offices nearest Lakewood Blvd (remaining from the NASA days)

2016: The final parts of the Promenade at Downey is completed by Industrial Realty Group.
IRG website article

The work of the Downey site towards the space and aeronautical industries is commemorated at the Columbia Memorial Space Center, near the former studio site.