Studios at Elstree
Elstree was a major centre for film production from the early days of cinema. There’s a great deal of confusion about which studios at Elstree were used for which movies / TV shows.

This page covers BBC Elstree Centre (also known as Clarendon Road Studios, Neptune Studios, Rock Studios, National Studios, ATV Studios, Central TV Studios). The location has been used for movie / TV production since 1914 and has been the home of BBC Soap ‘Eastenders’ since 1985 (see below)

Unfortunately there are no public tours of the Eastenders Sets or of the studio itself at any time.

This gritty and groundbreaking BBC soap opera has been based at the BBC Elstree Centre since day one back in 1985.
The soap is based in the fictional London borough of Walford in the east end. The Albert Square permanent exterior set was designed by the late Keith Harris, the senior designer in the EastEnders production team.
Extensions including a fictional Tube station have been added over the years.
In 2014 it was announced that a new, 20% larger exterior set would be built for EastEnders, within the BBC Elstree Centre grounds.
Following planning permission, construction work took place in 2015 & 2016 to prepare the new site. Although it was originally planned to have the new sets operational by 2018, it’s now believed that part of the set will be available from 2019, with the entire development not complete until 2020.

Unfortunately there are no public tours of the Eastenders Sets or of the studio itself at any time. This has never been possible due to the production schedule and additional security concerns.
Please do not contact this website about tours, as there are none available.
Some BBC facilities offer tours (but NOT this location) so please check the BBC Tours website for more information. 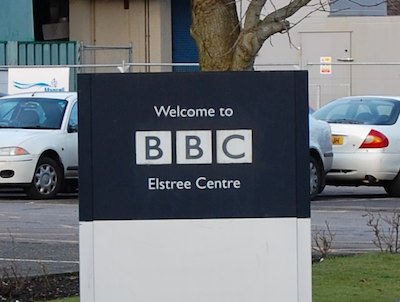 More information about the facilities at BBC Elstree Centre

Other Studios in the Elstree Area;