Knight Rider the TV show ran from 1982 – 1986 over 84 episodes.
His car was called KITT (standing for Knight Industries Two Thousand).

The attraction was positioned over a body of water on the Upper Lot just across from the Animal Actors stage, where the entrance to the Wizarding World of Harry Potter is now. The lake has been filled in. 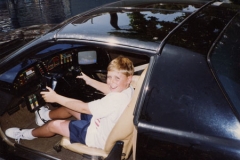 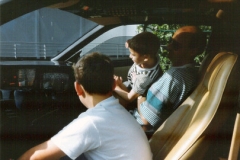 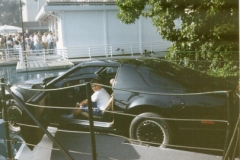 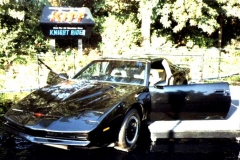 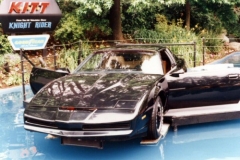