Curse of the Mummy’s Tomb

The revolving tunnel was the finale to the Studio Tour until it was demolished in December 2013, to make way for the Fast & Furious Supercharged attraction.
During its’ lifetime, the tunnel has been through a number of incarnations.

The first tunnel opened in 1975 and was themed as The Glacier Avalanche, inspired by the Clint Eastwood movie ‘The Eiger Sanction’.

In 1997, the tunnel was rethemed as the Dante’s Peak Volcano mine shaft.

In May 2001, the last theming, The Curse of the Mummy’s Tomb, was introduced.

Just before it’s demolition, a final burst of holiday cheer was brought to the Mummy tunnel entrance in November 2013.
(We’re not clear on whether this was for a movie project) 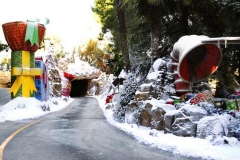 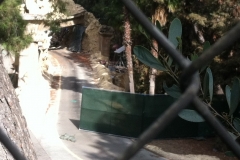 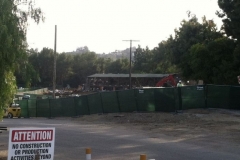 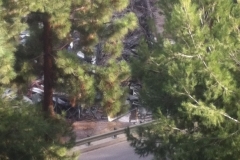 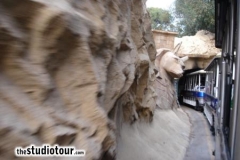 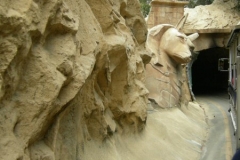 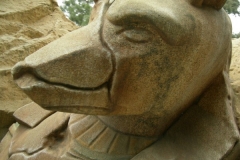 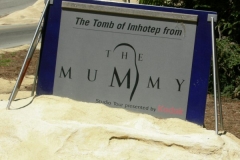 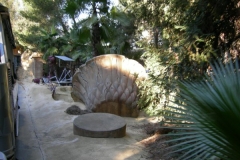 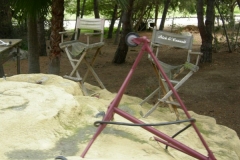 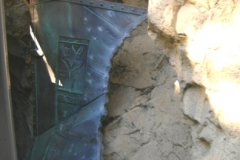 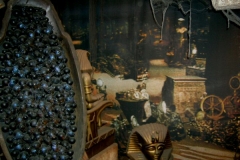 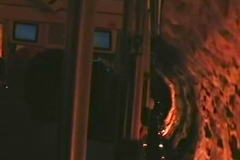 On the odd occasion that the tunnel is undergoing maintenance, the tram bypasses it, which sometimes can be quite revealing. The photos below show the slightly battered outside of the attraction, and the exit door with the forced perspective painting, giving the illusion of a longer tunnel.
It turns out that the closure period shown here (June 2006) was to repaint the ultraviolet effects on the tunnel walls. There are now Warrior Mummies which have the same design as many of the mummies that feature in the Revenge of the Mummy, linking the attractions together very nicely. 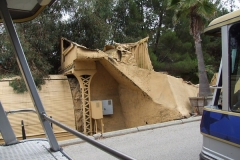 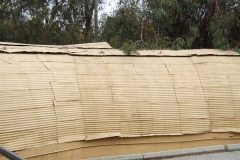 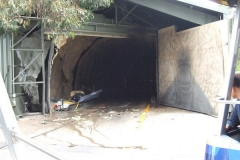 “Welcome to Dante’s Peak, the “dormant” volcano, and its mystifying mine shaft. Our resident seismologists assure us that the mine shaft is safe enough for you to travel through its depths.
But watch out for lava, it can really sneak up on you and send you tumbling.
The Dante’s Peak lava flow experience is only one of the innovative special effects that you’ll experience on the Backlot tour at Universal.
Although your eyes and mind may tell you otherwise, the tour tram will stay perfectly level during the entire experience. The walls will simply revolve around you.
The end result? Well you’ll just have to see it to believe it.” 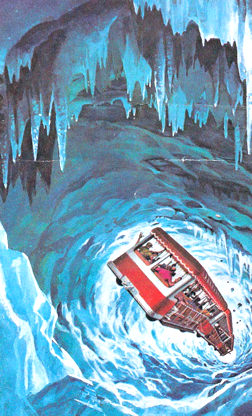 “Your tram moves rapidly up a snow-covered mountain and enters a massive ice cavern. You shiver in frigid drafts of mountain air; you hear ominous sounds as if the earth were shifting above you. The noises grow louder… and you realize you’re in the middle of an Alpine avalanche! The tram seems to careen over and over in the midst of ice, snow and thunder! But the tunnel does have an end, and the tram escapes safely… thanks to Universal’s special-effects experts”
From View-Master Universal Studios Shows and Special Effects K74, 1979

Avalanche! The cry Alpine climbers fear most is resounding loudly now at the Universal Studios Tour with one of its newer special effects, the “Doomed Glacier Expedition.”

All the spine-chilling sounds and sensations of the raging center of an Alpine avalanche surround the Tour visitor while journeying through Universal’s own glacier country.

Beginning with the rapid ascent of the tram up what the guide would have you believe is a snow-covered valley, to a treacherous cliff “25,000 feet high,” the “expedition” faces a massive ice cavern, its opening frosted with ice formations and shards of crystallized snow.

With no other choice, the tram enters the tunnel as frigid mountain drafts and earth-moving sounds buffet the air. The noises grow louder and the signal is clear — avalanche!

Suddenly, all control is lost. The tram appears to careen over and over in the midst of ice and snow and thunder. Will it plummet thousands of feet below to a sub-zero fate? Not when Universal Studios’ special effects experts are in charge. The tunnel does have an end and the tram escapes safely.

The tunnel was inspired by the Clint Eastwood movie The Eiger Sanction(1975). 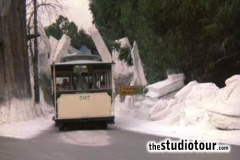 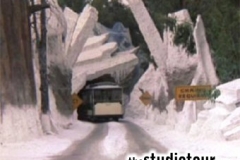 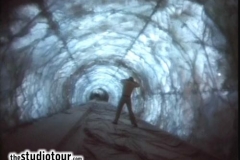 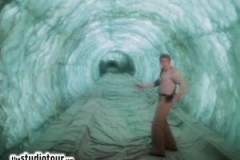 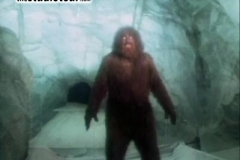 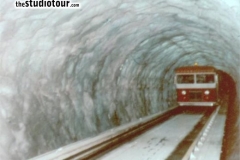 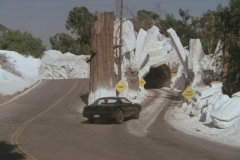 There was an error running the query [You have an error in your SQL syntax; check the manual that corresponds to your MySQL server version for the right syntax to use near ') ORDER BY movie_id' at line 3]